SaludBox born to put into practice the gained knowledge at the most modern, dynamic and technological pharmaceutical industry. This is the reason it leads a dietary supplemets project. Undoubtely, SaludBox is built on an intense investigation and product development with the purpose of satisfying the necessities of a more demanding market.

Our healthy supplements are made with certificated and guaranteed raw materials subjected to high-level controls (quality, chemical, microbiological) in order to guarantee all the advantages specified in the label.

All the production stages follow a rigorous process of fabrication according to good operating practices. Accodring to the philosophy of the company, SaludBox presents the supplements in chewing gums, gummies and chewable tablets. 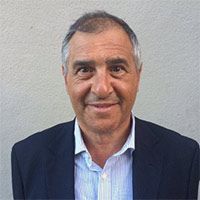 Prior to which he spent 4 years as Ferrer Group Trade Marketing Manager. He has been working in the Marketing and Sales areas in several National and International laboratories, developing part of his professional career in different European and Latin American countries. 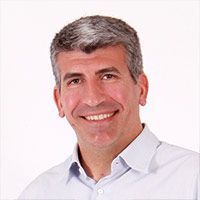 Dsinco Parafarmacia General Manager for the last 9 years, prior to which he spent 4 years as Manager at CIRSA. During 8 years he held various executive positions at DSM. He holds an MBA by IESE and has extensive experience in the pharmaceutical distribution sector. 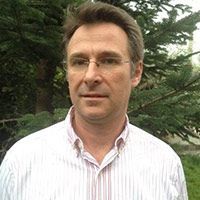 SaludBox Technical and R&D + i Director, prior to which he was Technical Director in Bicentury and in Serviplast. He has lecturing about Pharmaceutical Technology at the University of Barcelona for the last 10 years. He has been an external consultant for several companies and he spent 11 years researching at Viñas laboratories.

The attractive format of our dietary supplements helps the absorption of the assets in the organism through the sublingual way. The advantages are the following:

Everything has its history and in the case of the functional chewing gum revolution is like this too.

The chewing gum is not a recent invention. The habit of chew it is over 5000 years ago, during the Neolithic era. The humans by then chewed different vegetables substances to calm the hungry or the anxiety.

The chewing gum or tzictli in náhuatl, which was chew by our ancestors, it was a gummy sap, it was a little bit hard, aromatic and with a sweet flavor that it was obtain by the tree Manikara zapota, it is knowed as chicozapote, originally from Mexico and tropical zones in Central America and Latin America.

The habit of chew continues during the evolution in composition. Some examples demonstrate it: In the years 50 before Christ, the Greeks chewed resin of entina. In the wild west used chewed tobacco, appearing by this way to the oldest method to consume tobacco.

Africans countries as Yemen or Somalia like some arabs countries, have been chewing during years the qat a vegetal stimulant with property psychostimulant too. It was not until the year 1876 where the sr. Thomas Adams started with the manufacture and introducing to the market scale industry about the chewing gum.

But neither the Greeks, neither the cowboys from the wild west, neither the sr. Adams suspect until point involve the habit of chew. It was in a period for Latin America where who today is our General Director, he was interested because of the extras of chew. Himself thought in the possibility of work with the combination of different actives with the purpose of develop some functional products for the window of the pharmacy, which has resulted to the functional chewing gum, functional gummies and functional chewable tablets. Went in depth in the consciousness of the sublingual via and its benefits. Turn out to be that this via avoids “the first step effect” which is where the ingest actives because the conventional via (oral via) loose parts of their properties due to the effect of the gastric enzymes. In this way, by the sublingual via using a smaller dose of actives, is achieved a biggest therapy effectivity. But this is not everything, this potential via, permits a biggest velocity of absorption and a bioavailability more elevated, in addition of permit a comfort regarding to a format.

Back in Europe, a team of expert professionals around the health, they became in cofounders of SaludBox, that commercializes their products in the field of the Pharmacy and in the Investigation, Development and Innovation in the sublingual via. Creating the lines of products of SaludBox.

¿Do you know where to find SaludBox dietary supplements? Our products are distributed in pharmacies all over Spanish territory. Check our pharmacies map to locate the one closer to you.
See pharmacies map

¿Do you know our products?

SaludBox presents several kinds of healthy dietary supplements: healthy chewing gums, gummies, tablets and chocolate sweets. All of SaludBox products are absorved through sublingual way, and produced in an attractive format in order to increase the adherence to treatment. + info about all of our products: